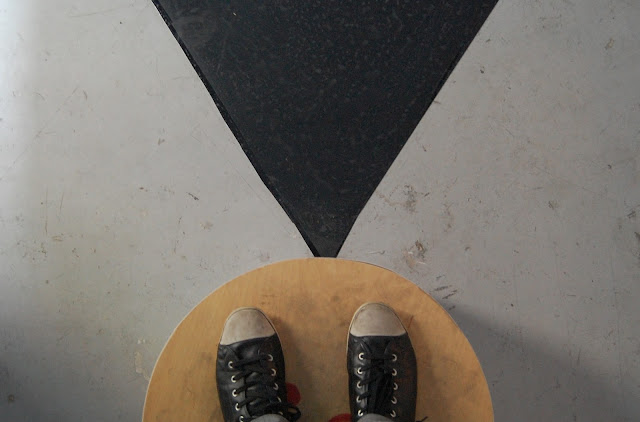 Those rather scuffed looking shoes are mine as I stood on the central podium placed between the two screens displaying the latest experimented film directed by Sugár János currently on display in the Videospace Galéria.


The piece is a two-channel video installation entitled 'Kairos vs. Expeditus' in which two narratives are screened simultaneously on opposite walls of the gallery. The viewer must place themselves in the center of the room on a small wooden podium and choose which projection they should watch. 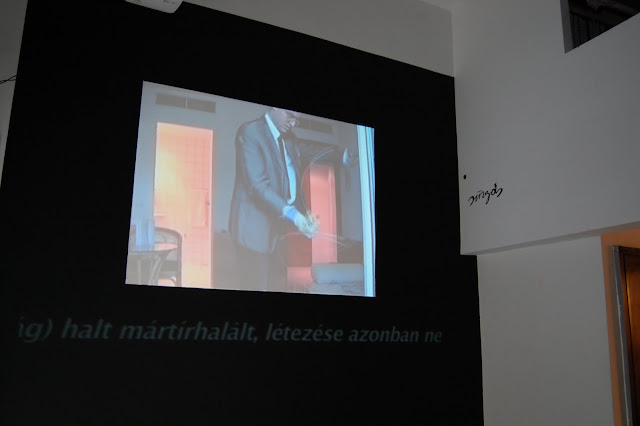 On one screen we see a man struggling with an impossibly long coil of wire, whilst on the other screen there is an airport scene depicting an automatic door which never seems to open. There is a mixed feeling of urgency and frustration as you watch the films, twisting your head from side to side trying to decide which side is more important, all the while urging the two narratives to reach a conclusion.

In addition to this piece, another film is played in the gallery window depicting a daring escape from a subway train carriage accompanied by a scrolling quotation by Donald Rumsfeld given in the wake of 9/11.

For more information about the exhibition visit the Videospace Galéria website.