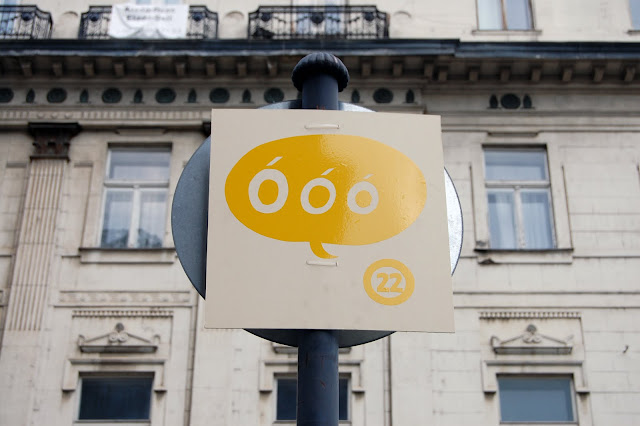 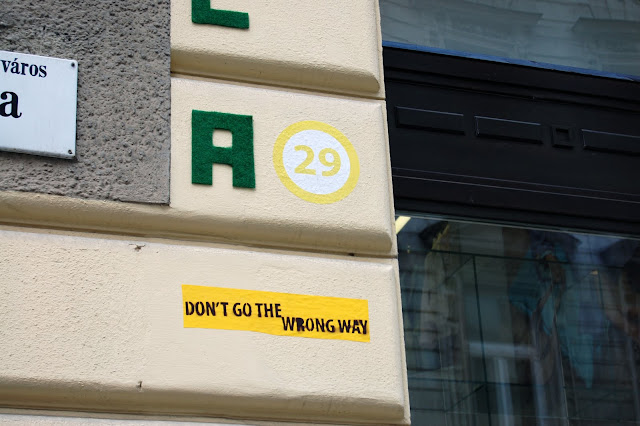 Summer seems to have finally arrived and what better way to spend the weekend than taking part in Budapest's Urban Treasure Hunt?

The Urban Treasure Hunt was first masterminded by Danish creatives Rune K Drewsen and Mimi Larsson of Rumkammerat in Copenhagen. Following the success of the Urban Treasure Hunt in their native city, the two teamed up with Hungarian artists Dénes Fekete, Marci Bojti, Análog and Dóra Jánosi to bring the challenge to Budapest.

The aim is to find the ten clues which come in the shape of temporary artworks and installations dotted around the city, until finally you can solve the combination to the treasure chest in the final, secret location.

Although this might sound like it is designed for kids, the Urban Treasure Hunt is a great way to experience the city in a totally new way. You start to look at your surroundings in a different light and begin to notice things you had never seen before.

I only managed to make it to the third clue before becoming well and truly confused. I ended up on a pointless quest to the top of one of the hills in the XII district of Budapest (in my mind it made perfect sense) to try and find the fourth clue but to no avail.

So if - unlike me - you have a) a map and b) the cognitive skills - then head off to the Gödör Klub for your first clue!

The Urban Treasure Hunt runs until the 29th of May 2011.
Website (in English and Hungarian): http://www.rumkammerat.dk/Rumkammerat/Basic-info
Posted by Calum Ross at 18:02