IT'S NOT JUST MEDICINE - AN INTERVIEW WITH RUNE K DREWSEN 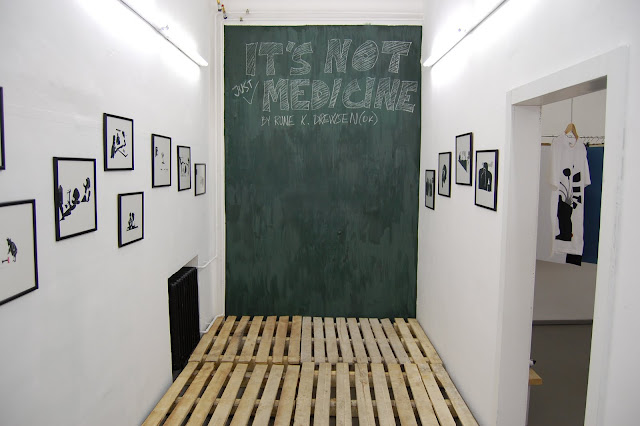 Last week I had the chance to meet up with the Danish graphic designer Rune K Drewsen during his brief visit to Budapest.


We organised to meet at the Printa Akadémia, a logical choice seeing as it was where he recently exhibited in his one-man show 'It's Not Just Medicine'. The exhibition, which was inspired by Hungary's favourite national past-time -drinking- featured 24 original screenprints created in the Printa screen printing workshop.
As I arrived and ordered myself a cup of tea from the cafe the door burst open and an excitable couple rushed past me into the gallery space clutching notepads and a map, excitedly shrieking at each other in Hungarian. They dived towards a treasure chest situated on the floor and frantically started entering the lock combination. At this precise moment, Rune arrived – camera in hand, ready to snap away at the lucky couple as they plucked the prizes from the chest. Needless to say I was baffled by the events which had transpired.
“It's the Urban Treasure Hunt,” Rune explained, handing me a bright yellow flyer, “This is the first time we've done it here in Budapest. Previously we held the treasure hunt in Copenhagen, but this year we really wanted to go somewhere foreign. We were really lucky because so many artists and designers here in Hungary wanted to get involved and help us organise it.” 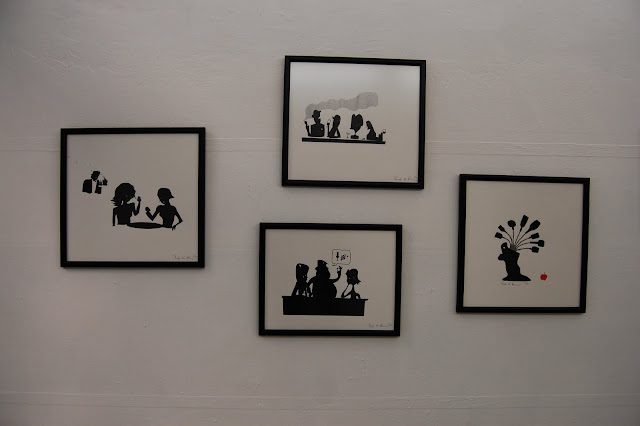 "I think the Treasure Hunt is a great opportunity for locals to experience their home town in a new way - like a tourist. It's amazing the things you notice - and don't notice - in your every day surroundings."
Rune convinces me to give it a try the following weekend but I point out to him that I now have an unfair advantage over other treasure hunters as I know where the treasure is hidden.
“Ah yes, but you don't have the combination number for the lock...so you wont be able to cheat.”
I assure him that I am a well experienced lock-picker so wont require any codes and on that note we make our way into the gallery space. We sit on a small bench just by the gallery entrance and Rune tells me the inspiration behind the name of his exhibition.
“When you arrive in Hungary one of the first drinks people ask you to taste in Zwack Unicum. You take a shot and then this awful bitter taste immediately hits you” - Rune pulls a disgusted face - “and you say 'Urgh its horrible!' But, the Hungarians always say 'Aaah yes - but it's good for you''” 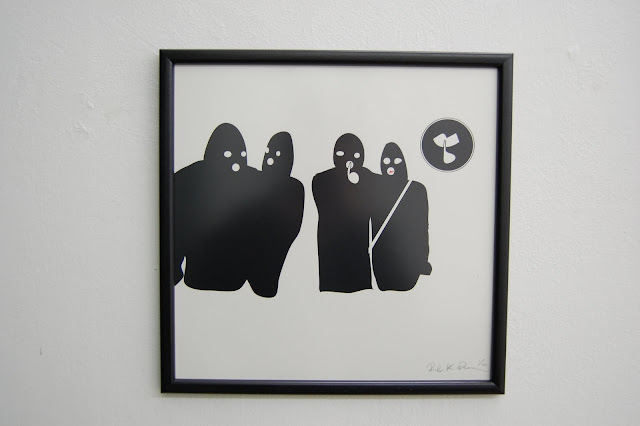 “So really this whole exhibition is inspired by Hungary and the local drinking culture. Each image contains its own narrative based on an event or an experience I've had while exploring Budapest's bars. In several of the images I reference the national drinks such as Palinka and Unicum.
“Unicum was my main source of inspiration for the colour choices in these prints, I used the original colours of the bottle which were red, black and white.”
Incredibly, 'It's Not Just Medicine' is the first collection of screen prints Rune has ever made.
“I was nervous about working with silkscreen at first , I tend to work really fast but this is a very tiresome and slow process. I also like to be clean, I hate getting messy and there is so much ink! Cleaning up was the least enjoyable part of this project.”
“Mistakes will happen when you are screen printing but that's great! Sometimes a detail will be missed or a shape or a line will be created accidently, altering the image and sometimes improving it in a way I hadn't thought of before.” 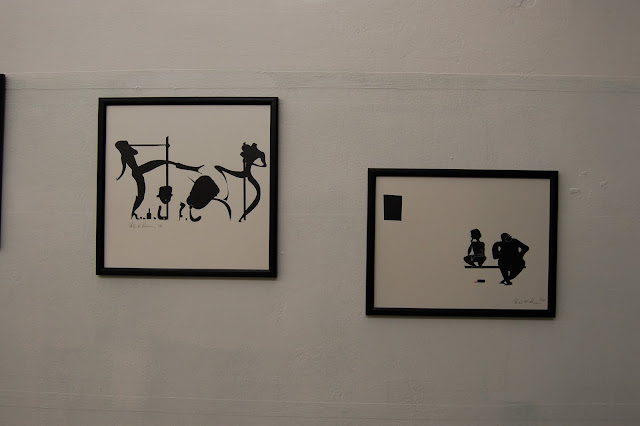 Each of the prints is in a limited series of 40, all of which have a small red dot of ink applied by hand, making each one unique.
“The small red details were very important to me. They makes the viewer explore the image further. Once they realise there is a red dot in one of the images they will go back to find it in the other ones - it's like a game.”
Although the images are based on a specific event, they are all open to a interpretation. Visual puns are played out and objects can be read in a multitude of ways.

"Sometimes, people who view my work see some strange things. For example in one piece, many people have come up to me saying they like the one with the trumpet and I think 'What trumpet?' They show me and it's the illustration I did of a man who has fallen off the bar stool!"
"It's great that people view my work in different ways. The red dots, for example, in one piece could be drops of blood or they could be tears. In another one there is a man holding a baby bottle - it could be a father staying up late, looking after his child who wont go to sleep or on the other hand it could be a guy at a bachelors party." 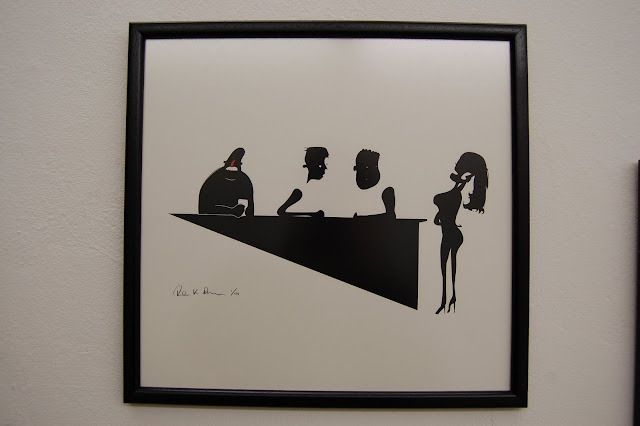 "Working on this project I think I've learned more than I ever needed to know about Hungary's national drinks," Rune jokes , "If you ever get talking to a man in a bar, I guarantee you he will tell you absolutely everything he knows about Palinka  - which region produces the best Palinka, what ingredients to use, how to make it. Everyone here is an expert. The Hungarians are very proud of their drinks!"
------------
Learn more about Rune and his creative collective Rumkammerat at http://www.rumkammerat.dk/eng
All photographs © Calum Ross 2011
Posted by Calum Ross at 21:09